Black Canyon of the Gunnison National Park (whew, that’s a mouthful) was the last stop on our 2016 road trip. I’ve said it before and I’ll say it again, but this park has crazy cool scenery, a great campground, and no crowds.

When we went in June, we were en route from Durango, but if you’re coming straight from Denver it’s an easy (if long) five-hour drive.

Like Colorado National Monument, we quickly realized that the best beginner-friendly hikes were a bunch of shorter overlooks. Also like the Monument, it’s one of the cheaper national parks with just a $15 entrance fee.

I have to give all the credit for this route to the delightful park rangers at the Visitors Center, which is a must because of the aforementioned delightful park rangers and legit souvenirs. I naturally bought a stargazing poster because I was all jazzed up about the park being an International Dark Sky-certified site…and then it was cloudy all night. But I digress.

Each of these hikes are just a few minutes from where you park, except Warner Point Trail at the end, which is 1.5 miles round trip. Unless you’re a certifiable badass (aka a super experienced wilderness adventurer), there aren’t any options for hiking down into the canyon. There is a driving option, which I’ll get to later.

We hiked the South Rim instead of the North Rim since we were camping there and because it’s better suited for hiking than the North Rim (according to my fiance’s internet research, which is historically very reliable).

We started at the Visitors Center since we were already out of the car and there – the overlook at Tomichi Point is gorgeous and a great introduction to just how steep and narrow the canyon is. 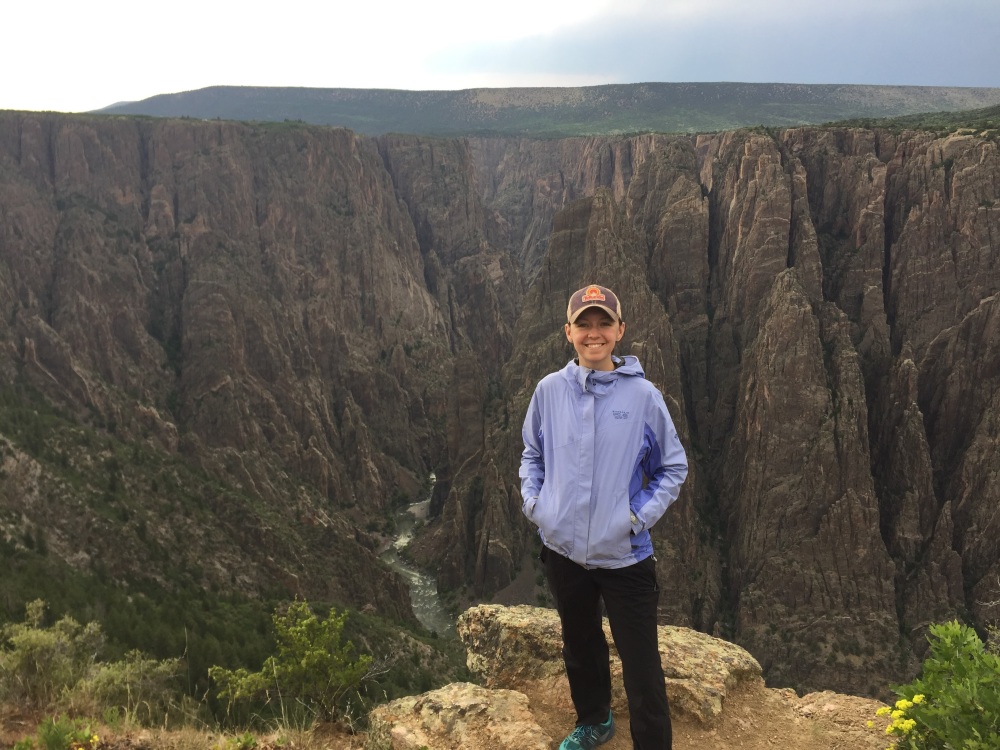 From there, we continued on to Pulpit Rock, Cross Fissures View, and Devils Lookout. Each of these took maybe ten minutes out and back from the car. The only reason we skipped Rock Point was because there was a lot of minivans parked there and we’re antisocial. On the subject of crowds, we were there on a Thursday in June and had the place almost to ourselves.

From Devils Lookout, we continued on to Painted Wall. This is definitely the most-hyped section of the canyon, and it was pretty spectacular in real life. 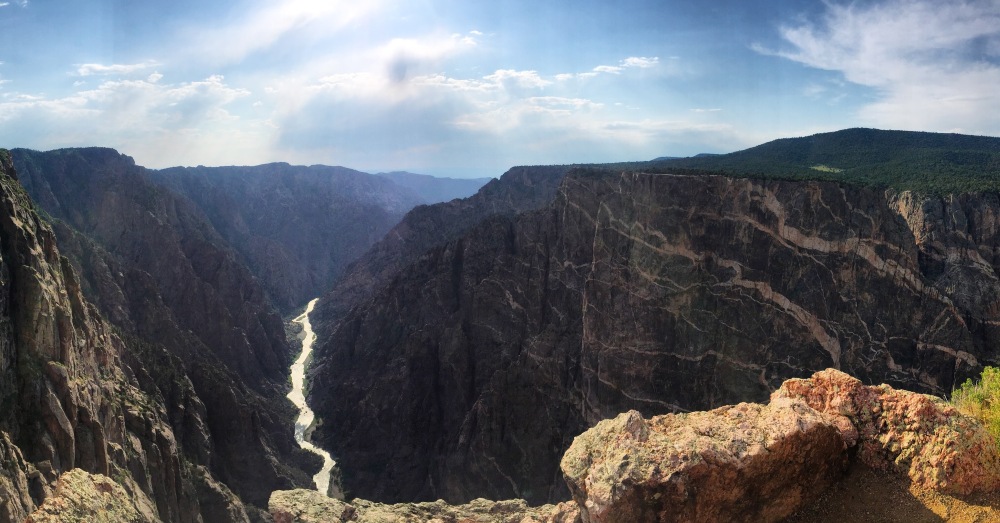 To feel like we had actually done some hiking, we drove out to the end of the road to hike Warner Point Trail.  Not only did the trail have some spectacular safety signage (see below), it had panoramic views of the valley to the south and the entire canyon in almost every other direction.

The Warner Point Trail was very well maintained, and while steep in some places, completely manageable for anyone. You can definitely get away with wearing sneakers, too!

Not wanting to get stuck in the dark, we booked it back to Sunset Point to, you guessed it, watch the sun set. The views are stunning and this is a must-do. The sun reflecting off the Gunnison River as the sky turns pink…it’s just gorgeous. I couldn’t get enough, and photos don’t do it justice. Just sit there and enjoy the beauty.

Getting down to the river is another story. Like I said, it’s not beginner-friendly to hike down into the canyon itself. We still wanted to get a look at the river, so we took a ranger’s advice and drove down the East Portal Road. 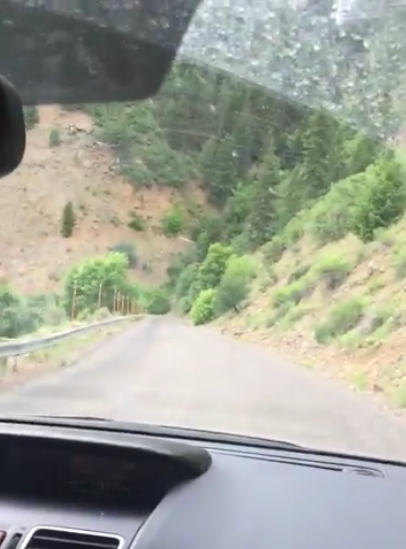 The road is steep and full of switchbacks but honestly pretty easy to drive. There aren’t any crazy drop offs, and as long as you aren’t towing anything (because of the switchbacks) it’s totally doable in any car. There’s a really nice campground down there that would be a great picnic spot if you’re looking for a place to eat lunch.

This site uses Akismet to reduce spam. Learn how your comment data is processed.